- October 17, 2007
This week the winners were announced for the Dutch wine contest Klassiek Europa, Classic Europe, organised by the Dutch wine magazine Perswijn. The good news: everyone seems to see a trend 'back' to the original values of classic Europe. Many interested wine drinkers know by now that outside Europe people really know how to make wine - ripe and accessible, and often modestly priced... but the real adventure lies in the idiosyncratic wines from the old regions where the indigenous grape plant is performing its never-ending battle with nature. With varying results from year to year. Exciting.

But of course we've learnt from the newcomers also. About marketing for example. Branding wines: not just making accessible wines, but also accessible labels. See the label of Thomas Barton, one of the winning wines at Klassiek Europa (not to confuse things: it is the wine that has accounted for the prize, not the label!). 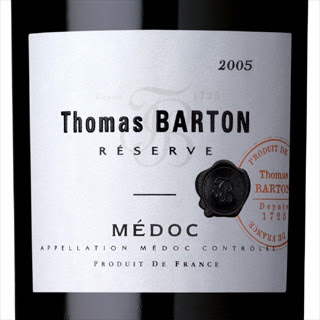 The Thomas Barton Médoc Réserve 2005 (submitted - and sold - by Kwast Wijnkopers) is the winner in the category "best Cabernet under € 10,-".

Barton? Is this a branded wine made by the Bartons from the classed Médoc growths Château Léoville-Barton and Langoa-Barton? No, it is not. This Thomas Barton comes from the trading company Barton & Guestier, which is not related anymore to the Bartons who own the mentioned châteaux. Moreover, these Bartons have their own branded wine (as well as their own trading company Les Vins Fins Anthony Barton). And although the wines they make are great, the label for their branded wine is not as sleek as the one from Thomas Barton. Let's say it is a little old-fashioned. 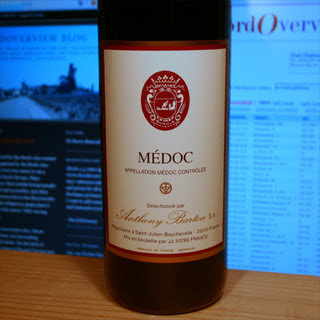 The separation of the Bartons took place in the late '60's: Barton & Guestier was sold to Seagram. The famous Médoc châteaux are currently owned and managed by Lilian Barton Sartorius, the daughter of Anthony Barton, who is now retired. When Anthony was young he worked some time for Barton & Guestier, and he took over Léoville-Barton and Langoa-Barton in 1983 from his uncle Ronald Barton.

And who is Thomas Barton? He is the man who started this long family story in 1725, when he came from Ireland to Bordeaux and set up a successful trading business. In 1802 Daniel Guestier joined him, and since the company was named Barton & Guestier.

I found some interesting articles about the Bartons:
- overall history of the Bartons and their business(es)
- the history of Barton & Guestier
- nice wine web shop with interview with Lilian Barton Sartorius
2005 Anthony Barton history labels Langoa-Barton Léoville-Barton Médoc Thomas Barton