- November 14, 2007
Since today the Swiss wine pope René Gabriel has his own column on Bordoverview. At this moment only on the 2006 left bank page (view with Internet Explorer), but later this week also on the right bank page. And when I have some time left, I will also update the 2005 information with Gabriel's ratings.

As a matter of fact Gabriel should have already been part of Bordoverview, as he is one of the most important European tasters, and the most important taster of the German speaking part of Europe. I have also received a number of e-mails from visitors who were wondering why Gabriel was missing. 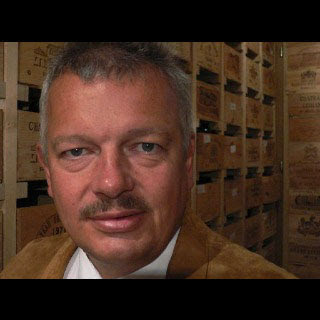 Now that his ratings are entered, and can easily be sorted, a number of things directly stand out:

1. For Gabriel, top ratings aren't the exclusive terrain reserved for top wines. A 'smaller' wine can even have a higher rating than a First Growth (Lafite, Margaux etc.). In the eyes of Gabriel Phélan Ségur 2006 (19/20!) outperforms almost all Médoc First Growths.
2. Gabriel's left bank "wine of the vintage" is not a First Growth either: lonely at the top is Unofficial-First-Growth Léoville-Las-Cases. Directly followed by Phélan Ségur together with Pape Clément, Haut-Bailly, Léoville Barton, Ducru-Beaucaillou, Cos d'Estournel and - the only First Growth in this row - Mouton-Rothschild.
3. So does the observant reader notice that for the Graves region Gabriel is more thrilled about Pape Clément and Haut-Bailly than about Haut-Brion and La Mission Haut-Brion.
4. It is also interesting to look at the agreement and disagreement between Gabriel's judgement and that of other famous tasters. Take for example Phélan Ségur again. His favourite wine received just few attention from the American press: James Suckling awarded the wine with a quite modest score, and Robert Parker didn't taste the wine.
5. Gabriel has tasted an incredible amount of wines. His Bordoverview column is almost completely filled, and besides the wines listed on Bordoverview Gabriel has tasted many more - I will see if I can add some of these wines to my overview as well.

René Gabriel publishes the wine magazine Weinwisser, and he has his own website containing all his ratings from 1982 to 2006. And he's especially known for his unabridged Bordeaux bible Bordeaux Total, containing about 20.000 tasting notes.