- November 17, 2007
Without doubt, many St Emilion châteaux will have heaved a deep sigh of relief: earlier this week the Conseil d'Etat abolished the temporary suspension of the 2006 St Emilion classification. It doesn't mean that all problems are solved now, but at least the classification can be used again, and the words (Premier) Grand Cru Classé can be printed on the labels of the 2006 vintage, as usual. This decision from France's highest administrative court in Paris came right in time for the Bordelais. 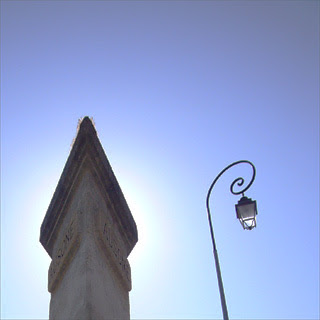 But the complaints about the new classification - surprisingly all from demoted châteaux - will later still be dealt with by the Bordeaux court. And just to be helpful to all parties involved, and to make things less complicated, Bordoverview hereby presents its own subjective reconsideration of the classification.

The revised list below takes as a starting point the new 2006 classification. And dear reader, please do not hesitate to formulate your reaction to this alternative list.

As I wrote at another forum, I doubt very much that the whole 2006 classification will be suspended again. I don't think that a Bordeaux court has the power and right to overturn the decision of Conseil d'Etat. I believe the issue now is if the four properties in question will be looked at independly or not.

Conserning your alternative classification, I will put my to compare, as I don't agree with you on several chateaux (i'll comment it later)

Imho Larcis Ducasse has only increased its quality since 2004 vintage, I'm seriously in doubt with Canon-La-Gaffeliere, La Tour Figeac in my opinion isn't close to PGCC quality, I think La Couspade and Destieux are really of GCC quality, Pavie isn't my favourite wine in St.E. but certainly of PGCC quality.

Tertre Roteboeuf has been of PGCC quality for years and Valandraud became it in recent years.

It seems to me like Jean-Luc Thunevin has been concentrating on making fine wines instead of provocating everybody in Bordeaux
November 18, 2007 at 11:38 AM

Anonymous said…
I found worth confronting the classification suggested by David and Izak, with the classification extracted from the 10 years statistical database of Winemega. Interesting to find how well a handfull of "new comers" are high ranked (Mondotte, Valandraud, Le Dôme, Rol Valentin..). And to note that Bellevue-Mondotte or Magrez-Fombrauge are in second quartile only..