Statistics prove: Parker did not favour his winemaker friends

- November 02, 2007
While yet another fire rages around the head of Robert Parker, lit this time by rebel filmmaker Jonathan Nossiter (Mondovino), French wine geek Bertrand Le Guern presents his proof that one of the main assertions in Hanna Agostini's Anatomie d'un Mythe (published last week) is wrong. 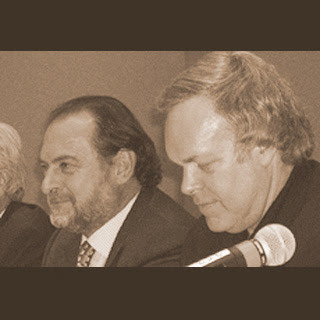 Le Guern dove into the historic data and shows us that there is no correlation between Parker's friendship with a winemaker at the one hand, and the rating he has given for this befriended winemaker's wine at the other hand. He looked at the ratings that Parker and many other wine critics gave for the wines from Jean-François Moueix, Alain Raynaud and Michel Rolland, as compared to the ratings that were given for the wines from other winemakers; the same analysis is conducted for four subsequent years. Le Guern's statistics show that in the 'bigger' years 2003 and 2005 Parker is more enthusiastic about his friends' wines, and with a little hope one might think to find a vague correlation. But in the more classic years 2004 and 2006 there is clearly no correlation. For these years, shiploads of other wine writers are more positive about the wines of the three friends.

I'm not an expert in statistics, and I cannot judge the quality of Le Guern's analysis, but looking at his track record my estimate is that his statement is well-founded. Just take a look for yourself.

Where last week everyone was yelling about Agostini (and her book), this week it is Nossiter (and his book, from the same publisher also) who is getting all the attention. Including Parker's, who is raving about a "Wine Gestapo". Quite an excessive classification, but that's a different subject. One of Nossiter's pronouncements was: "To give an absolute judgement on anything is horrific in my eyes. To taste 300 wines in one day and make mathematical judgements on those wines is crazy, and a betrayal of the person who has made that wine." I wouldn’t advice Nossiter to have a look at Le Guern's freak show with numbers. I think it would make him sad, all those calculations, all those averages, all those decimals – it would make him very sad.

By the way: whose book is getting published next week? It would be great to prepare a bit.
2003 2004 2005 2006 Alain Raynaud Bertrand Le Guern books Hanna Agostini Jean-François Moueix Jonathan Nossiter Michel Rolland Mondovino Robert Parker