- November 27, 2007
Having read Jonathan Nossiter's new book Le Gout et Le Pouvoir, and realised that he, like Bridget Jones, is a great believer in wine energy, I am ever more energetically seeking out biodynamic wines.

Nossiter likes energy in his wines, and, is also an advocate of finding new ways of talking about wine, one that is inclusive rather than exclusive. 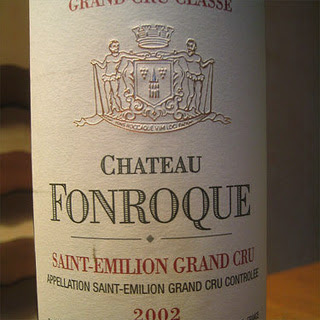 What could be more inclusive, in vocabulary terms, than talking about a wine having energy or not? We all understand energy and the lack of it. I think he might like to know, however, that it was Bridget Jones who first mentioned the concept of wine energy, when using chardonnay to 'get energy back' due to being shagged out and tired by work and life.

So now, in my latest tasting notes - the ones I speak out loud more often than actually write down - gone are the searches for hints of liquorice, or cinnamon notes, and in are words like energetic, lively, flat and dull. In also are feelings. Does the wine make me want to talk, recite poetry and generally give my opinions freely? Or does it make me want to collapse silently on the sofa in front of the fire? Whether I actually like the taste or not, is also back in – something that got a bit lost in all that identifying of flavours.

Searching around the other day for new words to describe a wine that just didn't taste quite right, the words 'no energy' came immediately to hand. But so did separated. It was exactly as though a mix of heavy, musky, unsweetened grape juice had had a layer of alcohol poured over it, and been neither shaken nor stirred. There were two separate entities in the bottle. There may be a technical term for it, but separated worked for me.

The trouble with language, though, is that it has to work for other people as well as oneself. That is in fact one of the main points of language. So when I enthusiastically told someone else it tasted separated, and they looked blank, I realised I still had a way to go. Oh, well. Next time I taste something like that I will try and find another word.

But anyway, hence the search for biodynamic wines that are supposed to be full of energy. And variation. Variation from vintage to vintage – so sorry to Hugh Johnson, but I disagree in this case with his recent claim that vintages do not matter anymore. In biodynamic wines they do. Which I am in favour of – mainly because I have now lived through three Bordeaux summers, and I like being able to think, well that was the one that was hot in April, or wet in September or whatever, and see if I can 'taste' it in the wine.

Such is the current biodynamic wines have over me, I have to stop myself opening one every night, despite the fact that the only one I can currently find in my local Carrefour costs 17 euro. And that is on special offer. I think when it goes back to its normal 22 euro price I will have to restrain myself. Or find another.