- July 01, 2008
Others have said the same, but if you look at the ongoing improvement in quality of the wines from Giscours and Du Tertre, until today,− if you look at the enormous investments that have been made throughout the last 10-15 years,− if you take into account that Eric Albada Jelgersma had earned enough money to buy Giscours, and later Du Tertre, with the purpose and challenge to transform these potentially grand wines from mediocre crus to truly grand crus, it simply does not make sense to think that Mr Albada Jelgersma commanded to mix up some Haut-Médoc with wine from the Margaux appellation;− to make some minor short-term profit. On announced appeal yesterday's court judgement will probably − and hopefully − be reversed. 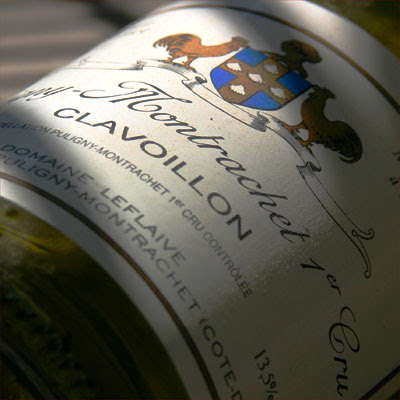 The second biodynamic wine was the one that we started the evening with: a Puligny-Montrachet 1er Cru "Clavoillon" 1997 from Domaine Leflaive.

Tasting note: fat, ripened nose. Hint of hay, as soft as butter on the tongue, and in the mouth. Broad and complex, yet refined − a perfect whole. Round acids in a long tender finish. Hazelnut. An exalted white, and so vital for its age.