- August 16, 2008
The grand Bordeaux 2005 vintage is much talked about. But in most cases the bottles themselves are quietly asleep in the many cellars around the world. While their value increases, or at least has increased. I had a customer who was looking out for Malescot Saint-Exupéry 2005, a lesser-known Margaux cru classé. In April of this year Robert Parker has given his final judgement on this wine: he adjusted his temporary 93-95 rating into 97. My customer hoped to find some last affordable bottles, but the price for this wine has now about tripled in comparison to the primeur price two years ago...

Michel Rolland (consulting at Malescot Saint-Exupéry) and Margaux: not everyone is happy with this combination. But not just Robert Parker is enthusiastic about this Malescot. This summer the (British) Decanter panel tasted all Médoc cru classés blind, and − among 24 other wines − Château Malescot Saint-Exupéry 2005 ended up with a Decanter award, i.e. 5 stars. Well, I hope to taste this wine sooner or later. 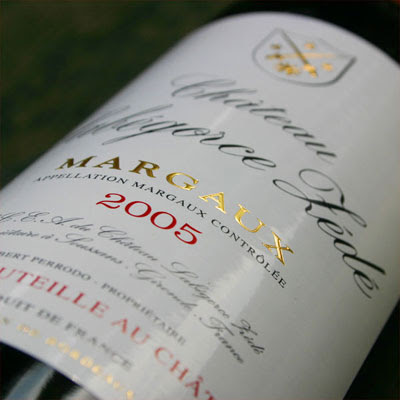 As I started this posting, the vintage is much talked, and written about. But although young, of course we should taste these wines. Follow its development from its youth. So I uncorked another great 2005: Château Labégorce-Zédé.

For this Margaux the year 2005 also marks the end of an era, that of Luc Thienpont, the man behind an enormous improvement of the quality of this wine. But after about a quarter of a century he sold the château, to be able to fully gear his attention to his right bank properties Vieux-Château-Certan and Le Pin.

The new owner is Hubert Perrodo, who already owned neighbouring château Labégorce. So possibly these two properties will reunite again after their split-up in 1795. But it is more likely that Labégorce-Zédé will keep its own − valuable − identity. Labégorce-Zédé is known for its beautiful terroir, its vineyards are often considered of classified-growth quality, and once Luc Thienpont has said: "If on this terroir you can't make great wine without resorting to hi-tech innovations, then you should give up being a winemaker." (Quote from Stephen Brook's The Complete Bordeaux). Château Labégorce-Zédé is, indeed, quite classic in style. 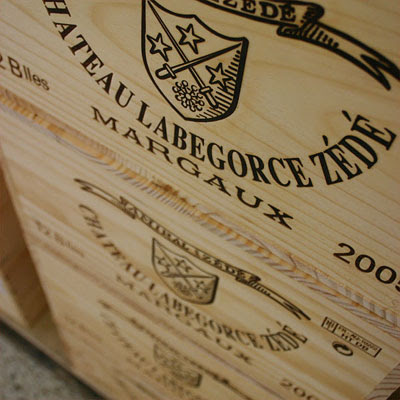 My tasting note of the Labégorce-Zédé 2005: The wine is dark and purplish. In the nose powerful ripe fruit, blackberry and blueberry. A lot of depth and darkness, with a tempting tension. Earthy. In the mouth full-bodied, rich. Hearty juice. Tannins are ripe, but in the finish noticeably young. Sensible use of oak, already quite well-integrated. Impression of liquorice. A joy to drink, but this wine will gain complexity and refinement in the future.