- September 11, 2009
Dwayne Perreault - It can get very hot in Piedmont, and this is primarily red wine country, but fortunately white wines are also made to quench the thirst of locals and visitors on sweltering sunny summer days. The favourite house wine of most osterias is made from the Favorita, an uncomplicated grape which renders fruity, quaffable wines. More complex whites come from the Arneis variety, with its distinctive tones of apples and chalky minerals. 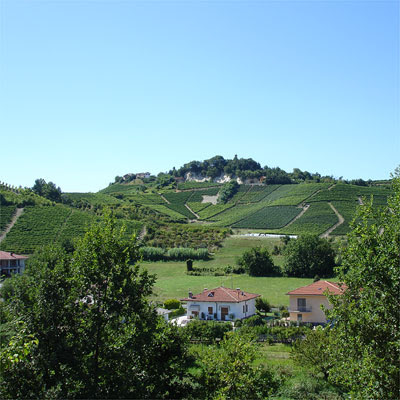 But in introducing the wines of Giovanni Negro, I want to begin with something more rare than a white Piemontese truffle, and just as delicious: his Roero Arneis Spumante Extra Brut 2005, a beautiful sparkling wine made in the traditional method, with two years bottle ageing with lees contact. Thank goodness someone had the common sense to do this, for as we all know, nothing refreshes better on a hot day than a bottle of bubbly. Negro is the only producer in the world to make a sparkling wine from 100% Arneis grapes, and the result is something quite like champagne, a wine with great acidity and minerality, full-bodied and extremely refreshing. 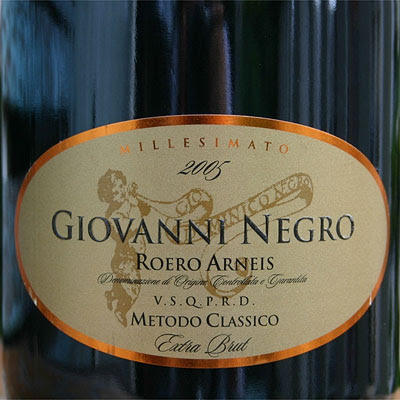 Located in the hills of Roero, the Negro family has been making wines since 1670 but the modern business started 30 years ago with a modest 2 ha. This has now grown into an estate of 70 ha with an annual production of about 350,000 bottles per year. Great care is taken to make authentic wines which express the terroir of calcareous and alluvial soils found in this corner of Piedmont, and they are exported all over the world, even to my native Canada with its communistic Liquor Control Boards.

Clearly, Negro is doing something right. The winery beams a sense of accomplishment, and a visit there is an eye-opener. A large new cellar has just been constructed in a classical style, made of brick, not cement, with massive stainless steel fermentation vats and room enough to age thousands of hectoliters of wine in barriques, tonneaus, botti and bottles. These are friendly, industrious and busy people. 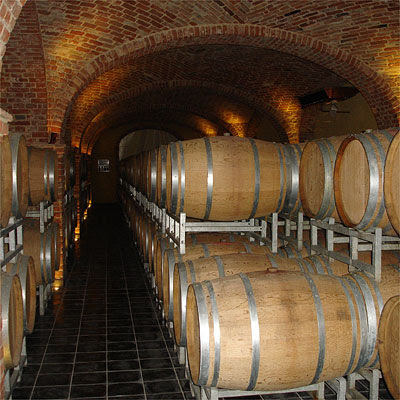 I'm proud to sell a number of Negro's wines, including the Spumante, Sudisfà and Nebbiolo d'Alba, but the list of produced wines is long, so there was room for new discoveries in the tasting. One such wine was the Perdaudin Roero Arneis 2007, more golden than green in the nose, very soft and creamy with a mineral dry aftertaste.

Red wines are still the order of the day here, and they did not disappoint. The 2005 Roero Sudisfà (which means 'satisfaction' in Piemontese dialect) Riserva was indeed very satisfying. This is Nebbiolo aged two years in used barriques and six months in the bottle, very fruit driven, dark and inky (by the way, when I say 'inky' I mean that in a good way). 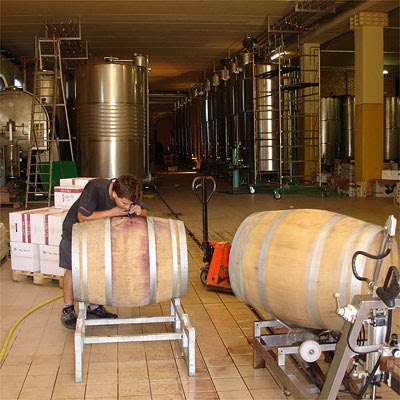 Barrels are cleaned using water with a temperature of 80˚ Celsius

The Barbaresco Basarin 2005 has a complicated ageing process: 20 months in big Slovenian oak barrels, 4 months in tonneau and 6 months in bottle. Barbarescos are known to age slightly quicker than Barolos, and this is a good thing in today's impatient wine market. The wine is more oak influenced than the Sudisfà, and it is a matter of personal taste to determine which is better, but both are extremely good and similar in price.

We finished off with a Piemontese curiosity: the Langhe Rosso Millon 2006, made from 50% Nebbiolo, 20% Cabernet Sauvignon, 20% Merlot and 10% Bonarda Croatina, a regional grape which adds freshness and acidity to the wine. Only 4,000 bottles are produced annually, and apparently the Piemontese do not care for it, which does not surprise me since the nose took me straight back to Bordeaux. I found it delicious, something like marrying a Haut-Médoc with a Barbaresco.

If you live in Amsterdam and can't make it to Piedmont, don't worry: you can order some of Negro's wines through my website wineontime.nl, as they are imported into the Netherlands by Claudia Mario, who deals almost exclusively with better restaurants.