Showing posts from October, 2010
Show all

- October 27, 2010
Dwayne Perreault - As David mentioned in his next to last posting, the weekend of October 10th brought beautiful weather to Holland, and we also decided to go “sailing” on my own small boat (a sloep, as the Dutch call it) through the canals of Amsterdam. It was a beautiful day on board with some delicious snacks and a couple of delicious wines, a white Bordeaux called Grand Bateau and my favourite rosé from Domaine de la Fourmi . It was later the next evening when I first noticed something was not right. My girlfriend had bought a bottle of Vermentino from Tuscany which she wanted me to try and it tasted horrible. The more I tried to drink it, the more I was assaulted with an extremely bitter, metallic aftertaste. Figuring it was the wine, I opened a different bottle, a white wine I sell and know well. The effect was the same: it was like I was drinking heavy metals. The next day was even worse: coffee, juice, water, food and even cigarettes: everything I put in my mouth had a fou
Post a Comment
Read more 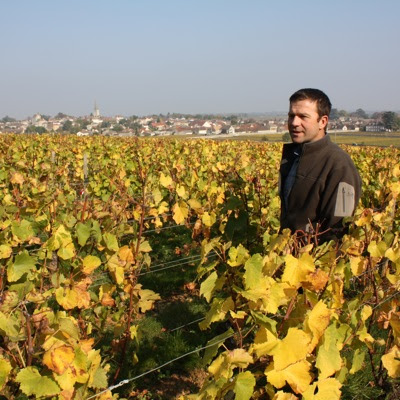 Last thursday Jan van Roekel and I entered an empty freeway at 04h00 at night. The navigation said we would arrive in Meursault at 12h30. So we would have some time to have lunch and relax a bit before our first visit to Arnaud Ente. All went fine. And around two we sat at Ente's kitchen table to taste all his 2008s. What an impressive range. After the tasting we toured the vineyards. Arnaud Ente in his 1er cru vineyard La Goutte d'Or, the village of Meursault is on the background Finally there is a name batch on Ente's door Next visit that day: our fellow Dutchman and Ente's almost neighbour Richard Bos from Domaine JanotsBos. With his business partner Thierry Janots Richard vinifies grapes that are bought from several local growers. I was especially enthusiastic about the Santenay 1er cru and both Chassagnes (villages and 1er cru, all wines from 2008). Tasting the JanotsBos 2008s with Richard Bos In the evening we ate at Le comptoir des Tontons ,and had a ve
Post a Comment
Read more

Silver Award for Bolomey Wijnimport (and some other facts) 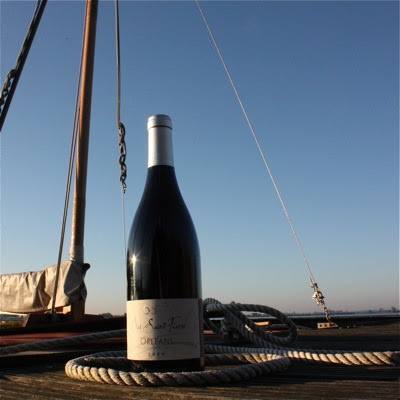 The weekend of 10-10-10 brought extremely good weather in the Netherlands, and the coincidence was that we had planned to spend the weekend with friends on the lakes called De Kaag, between Amsterdam and The Hague. We haven't seen a single cloud this weekend. So we sailed, and drank wine the night long. Orléans rouge 2009 (new label this vintage) with De Kaag on the background, early in the morning of 10-10-10 But what to drink two long nights (besides beer)? My hobbyhorse that I ride at many tastings is that light red wines are underrated, yet can be the best company throughout a long evening. A heavy wine might impress, but can be tiresome after one glass. Many wines are simply too heavy, too sweet, or are wearing too much make-up to be pleasant for a full evening. So I brought one of my favourite reds, the Orléans rouge made from the Champagne grapes pinot meunier (80%) and pinot noir. I was curious to see how the wine would be picked up. First a functional sidestep. Octo
Post a Comment
Read more
More posts