- December 07, 2010
This is not some French sales tiger who's talking, nor a random wine journalist who is trying to attract attention. No, it is the highly respected Kees van Leeuwen, professor in Bordeaux at ENITA (Ecole Nationale des Ingénieurs de Travaux Agricoles) and ISVV (Institut des Sciences de la Vigne et du Vin). Also, Van Leeuwen is the technical director at Château Cheval Blanc. In an article on Bordeaux 2010 in the Dutch magazine Perswijn he states: "2010 is without doubt a grand vintage in Bordeaux, probably even better than 2009." 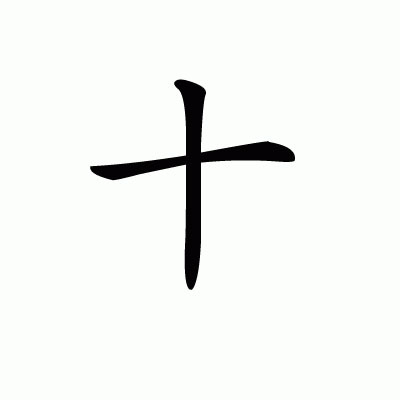 The story behind the high quality reminds me of 2009. All levels are high again: anthocyanins, tannins and sugars are all at record levels, even surpassing 2009. Combined with a good acidity (and ripeness) we are again looking at a year which is displaying harmony on the highest level—it's like arm wrestling musclemen keeping each other locked in strenuous balance.

Exciting of course... but what does that mean for the prices? (yes, there we go again) On Jancis Robinson's website I read: "Christian Seely, in charge of AXA Millésimes [...] described the 2010 harvest [...] as 'embarrassingly good' but different from 2009. He admitted that in some ways it would have been a lot easier to have had a slightly lesser vintage, more like 2004, to give everyone time to breathe after the highly praised, not to say highly priced, 2009s."

Let's make a small trip into the future and look at three scenarios. Say next year there is general consensus that Bordeaux 2010 transcends 2009 and...

1. Bordeaux 2010 becomes more expensive than 2009. If there are again record-breaking prices it is hard to imagine that the vintage will sell well, also because people have just spent big money on Bordeaux 2009. Probably only the cheaper "great value" wines (up to say 40 euros) sell: their prices are relatively stable and these wines will offer good value for money, just as was the case for Bordeaux 2009 (wines like Gloria, Poujeaux, Du Tertre and Ormes de Pez). The expensive Super Seconds will be difficult to sell if their prices are maintained or increased. When 2010 gets more expensive there will be renewed interest in 2009 and 2008, but also in 2005 and 2006 (and 2007 when on sale). Except for 2007 all prices will be pushed up.

2. Bordeaux 2010 is sold at the same price as 2009. This is difficult. It also depends on expectations. If a rise is expected it might be a relief when prices remain the same. Plus: people tend to get used to prices, even crazy ones. By and large I think you get the same dynamics as with the first scenario, with the difference that there will be a bit more sales and no shift towards 2009. The 2008 vintage remains very interesting, but by mid-2011 the prices for 2008 will be higher than they are now.

3. Bordeaux 2010 is (a bit) cheaper than 2009. This will definitely spark sales, also in the higher echelon. The focus will now be fully on the new vintage as was the case with Bordeaux 2008 when just released.

If the consensus is that Bordeaux 2010 is 'just' another very good vintage, with its own distinctive characteristics, I think the prices should be friendly enough to attract buyers, and to see a lively campaign.

However, with the Chinese joining the game we should be prepared for everything. On 29 October the near 25 year old record for the most expensive bottle was broken threefold in a Hongkong auction: three bottles of Lafite-Rothschild 1869 were sold for £ 437,900, or almost £ 146,000 per bottle (it's the wine presented on the cover of the book of my former teacher Frank Jacobs, who also delivered these auction facts). In general, the whole China phenomenon is pretty weird, see also the recent Liv-ex blog posting on this subject matter.

Let's hope the Bordelais have the wisdom to find the right price; it's not easy. I can only hope for a lively campaign and yes, friendly prices. The 2006 vintage—undoubtedly inferior to 2010—shouldn't be an example. That campaign was plodding sadly in the bow wave of its grand predecessor.

We just prepared the Bordeaux 2010 site for the Dutch and Belgian market. I'm very curious what prices it will show as from April 2011. This will, of course, be continued.
Bordeaux 2008 Bordeaux 2009 Bordeaux 2010 China Christian Seely Jancis Robinson Kees van Leeuwen Lafite Rothschild Live-ex Perswijn prices