Harvest 2011 at David Clark, a summary in pictures and 2 movies

- September 15, 2011
Last weekend Jan van Roekel and I paid a flying visit to our beloved Burgundy to participate in the two-days harvest of David Clark. This posting is a summary, focusing more on image than text. 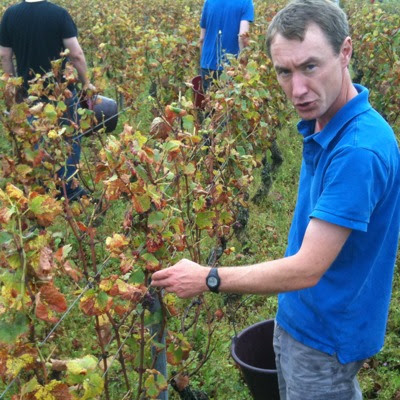 Friday morning we started with David's most prestigious, and ripe, vineyard, the Vosne-Romanée. Harvesting is not just picking, so we got some explanations.

We picked with a small but very international team: the pickers had flown in from Canada, the US, Scotland, Holland (ourselves) and of course France. Besides picking we exercised in drinking great wines. The blast of the weekend was the Echezeaux 1966 from Domaine Leroy, a fascinating wine of unbelievable beauty. Thanks Gavin (an Australian living in Beaune) for sharing! 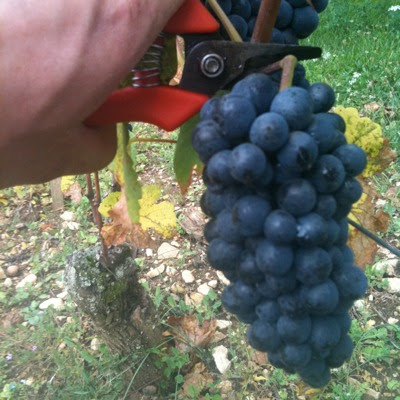 In this first video you see the sorting and then I walk outside. My friend Jan van Roekel was appointed Chef Container Cleaning (not for the whole time, don't worry). When I walk outside the domain you see the Morey vineyards in the background: part of the grand cru Clos de Tart.

In the second video you see the line-up of instruments. The grapes travel from the selection belt to the destemmer (about one third is not destemmed but processed (fermented) as "whole cluster". The grapes end up in the fermentation vat in this movie. 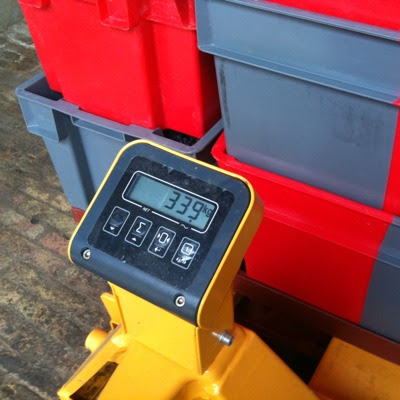 Or in kilograms: 339 kilograms, including the pallet and the plastic containers. 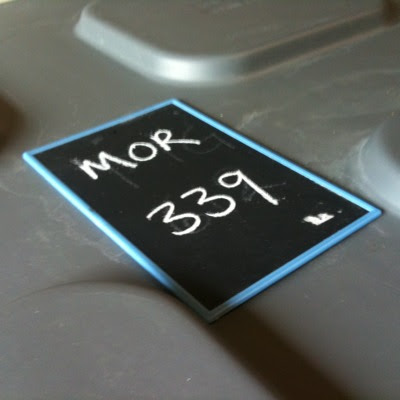 After weighing a lid is placed on top of the containers, the blackboard saying "Morey" and the amount of kg's. Sorting is next. 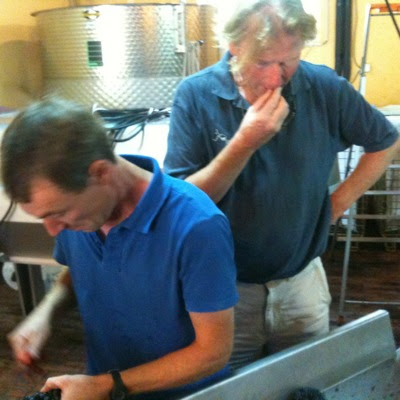 During the sorting local god and BBR buyer Jasper Morris stops by to taste the grapes. He seems satisfied with the results. After 10 minutes he's off again. 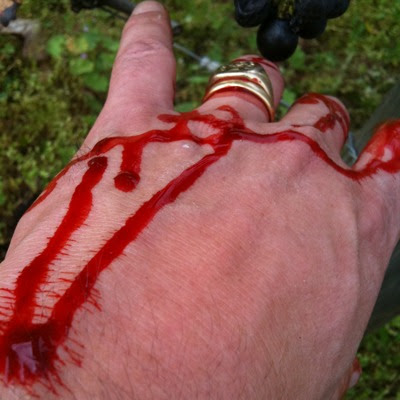 This picture I tweeted, but it was removed after a few minutes as it apparently violated the terms and conditions. Besides sex and nudity blood apparently isn't allowed. And that while I'm just warning that picking grapes can be dangerous. 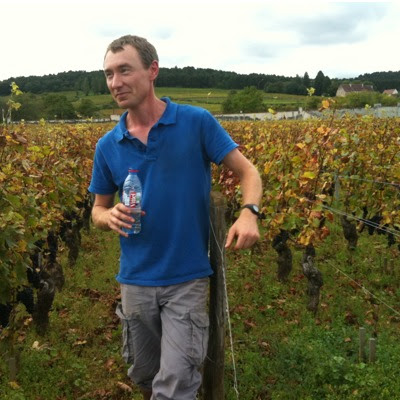