Showing posts from November, 2011
Show all

Today's RVF ranking of the 1855 classification

- November 30, 2011
I can imagine that most non-French readers of this blog don't have La Revue du Vin de France, France's most well-known and probably most influential wine magazine. The latest edition (No. 557, Décembre 2011) presents in bold big letters the following question on its cover: Que vaut aujourd'hui le classement de 1855? Translated that is: What is today's ranking of the 1855 classification? My guess is that the readers of this blog would be interested to know which crus are hot - and which not - according to RVF, or at least according to Olivier Poels who put together this overview. Poels' judgment is largely based on the tasting of the following 5 vintages: 1990, 1996, 2005, 2008 and 2009. For every wine RVF also presents the percentage price increase from 1990 to 2010, an interesting number. For more stats, and for Olivier Poels' story behind the ratings you should find a copy of the magazine yourself. Apart from the usual suspects there are surprises too.
1 comment
Read more 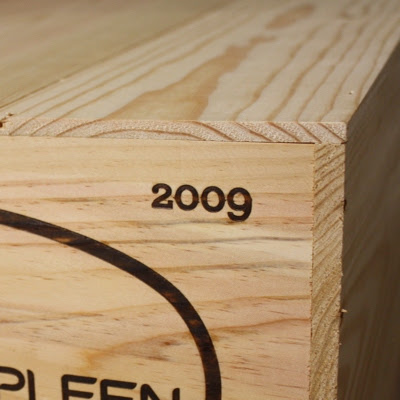 Last week Jan van Roekel and I drove up to Brussels to attend the annual Union des Grands Crus Bordeaux 2009 tasting with a line-up of 110 crus. These traveling UGC tastings are always very interesting, as you get to try the recently bottled Bordeaux vintage about 1,5 years after having tasted them at the UGC primeur tastings in Bordeaux. It's also an extensive tasting and you need the full opening hours if you want to taste most of the wines. To try them all is nearly impossible, unless you are a red-toothed speed freak who doesn't care what people around you will think. There's no doubt that you're attending a tasting of the Union des Grands Crus Bordeaux: there are many people in suits. Mostly dark suits. And some fancy suits but that usually doesn't make things better. Well let's not get into that. The best thing about the tasting is that you get a good impression of the vintage. It is not the place to taste all your favorites top-down. Not becaus
1 comment
Read more

Summary of annual tasting. And coming up: Beaujolais Nouveau evening in Le Garage! 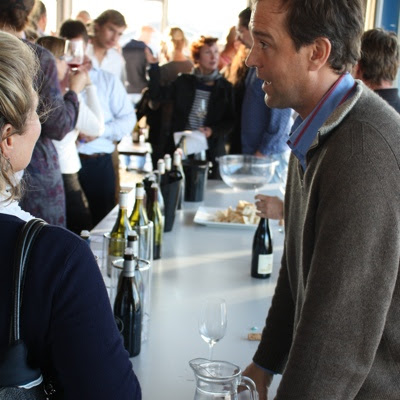 The 23th of October was one of the highlights of 2011 for Bolomey Wijnimport. Six producers from France visited Amsterdam to present their wines, and over 200 people came over to taste. Shall I be honest? It was a great day! David Butterfield presenting his Meursault I don't have a lot of pictures - at least I didn't have the time to shoot any - but these three will give an impression of the tasting. In this first picture David Butterfield is telling about his lovely Meursault, or about his Beaune 1er cru that was presented in Amsterdam for the first time. David is a rising star in Amsterdam, and you might find his wine in one of the restaurants here. Eddy Oosterlinck presenting his Coteaux du Layon Faye As you can see we had the luck of having a beautiful sunny day, with a great view from the tasting penthouse over the IJ, the water bordering the old harbor of Amsterdam. In the above picture the Belgian Coteaux du Layon producer Eddy Oosterlinck probably explains why
Post a Comment
Read more
More posts